[LAZY DRAFT] Froststar is somewhat if a distant charmer with a mysterious twist. He was frequently looked down upon because of his blindness as a kitten, and didn't really grow cold because of it. He more or less ignored others and moved on with his life, although he was abandoned as a kitten. Raised by various parents, and all mysterious died after adopting him. (blah blah blah) Froststar is very independent, although he lacks coldness, and retains more of a mysterious nature. He's kind-hearted, although protective over what is rightfully his. Froststar is famously seen not only as FrostClan's founder, but almost a 'saint' or 'guide' of the lost and forgotten. In other words, he's super cool!

As a kitten, it was unknown as to what his original name was, seeing his parents abaondoned him. His eyes were unnatural, kitten blue as meant to be, but strangely reflected and ominous. Those eyes were the only reason as to why his parents abaondoned him. However, it is completely unknown if he ever had any siblings. If he did, they were taken away with his parents to be raised with them, and weren't abandoned like Froststar.

Naturally, a young kitten woulddn't survive on his own, especially a blind one. Along came a young loner family who discovered the kitten, and welcomed him in with open arms. They didn't know his name, but his ghostly coat and foreboding eyes, and how he'd come out of nowhere, gave them the perfect idea: Phantom. Unfortunately, the young family couldn't keep him long, and were the start of the many mysterious chain events. A half a moon after they took Phantom in, the entire family died off, leaving the kitten to be orphaned again.

It happened time after time, and the kitten began to be known as a curse. Family after family, they adopted and took Phantom in, only to die out of the blue and leave the kitten orphaned once more. As he grew to 3 moons old, and was able to comprehend what was happening, Phantom began to attempt to strike it out on his own. But, of course, a kitten of only 3 moons was unable to do so.

It was then that band of travelling senior rogues came across the tomkit. They heard of his curse as well, but were willing to take the risk and attempt to train the kitten to survive on his own.

Many of the members died off during the course of Phantom's training, but in the end, he grew into a battle-hardened adolescent. Well-trained and ready to be independent, the 8-moon old tom left the band of experienced rogues, for both their sake and his own. He wanted to prove those rumors wrong, and would do so by being a patron to the lost and forgotten.

It was first that Phantom established his own small chunk of territory. He welcomed in the brave to live under his protection, but only if they were compassionate enough to look past those rumors. Before Phantom knew it, all around him, he had an army of rejects and lost souls like himself. But it wasn't just his charm that brought them all in.

It was his story. The blind tom, a leader of a rogue band! It was impossible to all the loners and rogues: blind cats were always the first to go. They couldn't fight, couldn't see their enemy. They were too vulnerable to the rough world. Yet, Phantom survived, and was a surprisingly powerful fighter. He defended his established territory with little to no struggle, and was adored by those under his wing because of his lack of coldness, and rather admirable nature.

Some like to rumor that he fell in love with his first deputy, Shellpool, although those suspicions have never been confirmed. Regardless, after gathering an army of rejects, Phantom was permitted a Clan named FrostClan. It was a name very befitting of the mysterious tom. StarClan then named him Froststar, after his Clan. Coming Soon 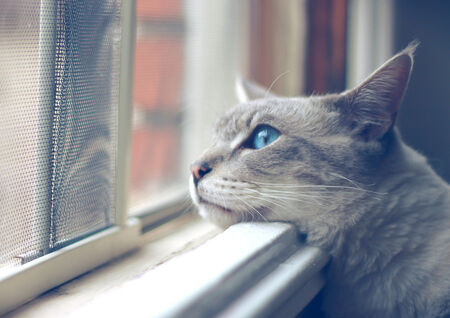 Retrieved from "https://warriors-world.fandom.com/wiki/Froststar?oldid=4153"
Community content is available under CC-BY-SA unless otherwise noted.